The Unemployment Rate: Why This Time is Different Part 2by Chris Amani

As I’ve mentioned in a previous post, the impact COVID-19 has had on unemployment is unprecedented and will likely be the largest economic dislocation we will see in our lifetimes. However, there is a signal buried within the unemployment data that tells us that while this spike in unemployment has been sharper than we’ve ever experienced, there is an expectation that the recovery back to full employment should be shorter than we’ve seen historically.

Much like everything else we’ve seen during this pandemic-induced economic disruption, these numbers are uncommon. As you can see in the chart below, the number of jobs lost year-to-date dwarf any number seen since the BLS started tracking in 1967. 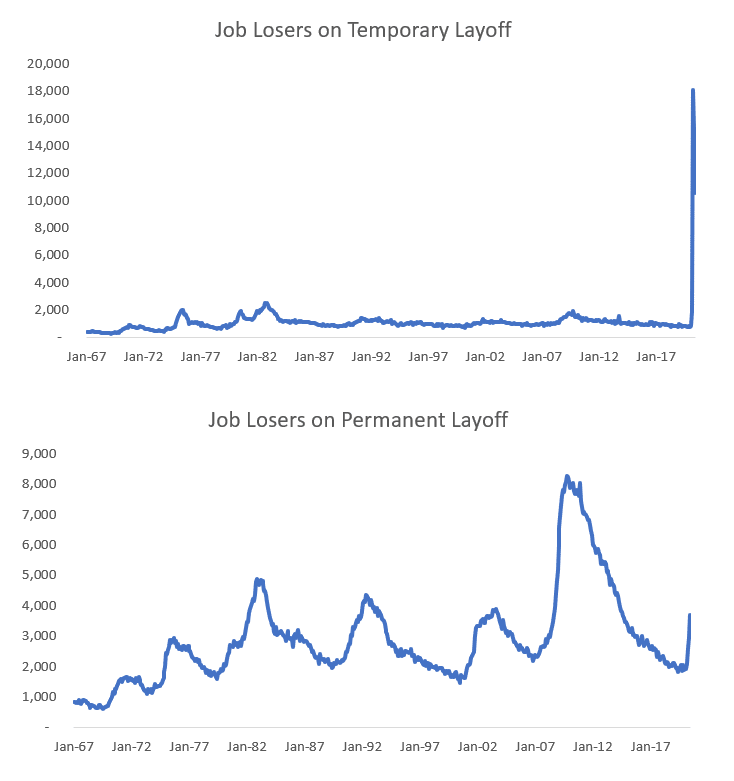 This is an important metric to watch as it could play out in a few different ways.

The most optimistic is that most of the job losses currently classified as a Temporary Layoff start to come back over the next six months and Total Job Losses decline. The other two scenarios are less optimistic.

We could see a situation where job losses level off or decline while simultaneously, many of the job losses that don’t come back begin to transition from temporary to permanent, causing a much deeper and longer impact on the economy. The worst-case scenario is that total job losses re-accelerate as some states roll back COVID openings while at the same time, temporary layoffs shift to more permanent losses.

I look forward to reporting on further analysis when July numbers are published on Friday, August 7th.